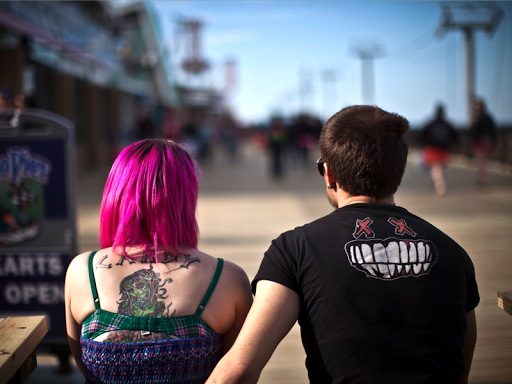 Set up boundaries with in-laws and other family members

While Polland said that family members' insights can be useful in noticing things about a person that their partner doesn't see, it's important to make sure they don't take it too far.

"There are many times where I've had clients coming in and saying that their in-laws have destroyed their marriage," he said.

It's ultimately up to the couple to decide what those boundaries should be.

"I don't know that there's any magic formula for that," he said. "Every situation is different."

It's the little things that go a long way.

"Obviously a sexual one is important, but even for older couples where that becomes less important, even the cuddling and the hugging certainly maintains that close connection that I think is very important for maintaining a relationship," he said.

Keep records of your assets

"Banks and most other financial institutions don't maintain records beyond six years," he said. "If somebody claims that they came into the marriage with X dollars and tries to claim that that was their separate property if there were a divorce, if they didn't maintain those old records, they would have virtually an impossible task in proving that this was their pre-marital fund."

Polland advised scanning the necessary documents and entrusting them to a parent of sibling.

Find someone who you have a lot in common with

"Although opposites may attract, I think the bottom line is that the more you have in common with your spouse, the easier it is to maintain that relationship because there's less likelihood of disagreement and argument going forward," Polland said.

This is particularly relevant when it comes to a couple's religious practices and beliefs.

"I've had Jewish couples where one became more Orthodox and it caused the marriage to unravel, even though they were both of the same religion," he said. "I've had other cases [where] as the relationship ended, people who have married outside their religion end up with a tug-of-war over the children whether they should be raised one religion or another. This goes back to having similar backgrounds, similar values. It gives you a stronger foundation fundamentally."